February 11, 2016
Collaborative consumer-producer networks are characterized by complex interactions between social and commercial interests, and by the aggregate efforts of interdependent participants who switch between the roles of consumer and producer as they engage in social and economic activities directed toward creating value. You probably know a few collaborative consumer-producer networks, such as Couchsurfing, Etsy, and Geocaching. Participants in these networks use market-based exchange, gift-giving, sharing, and other modes of exchange simultaneously to distribute collectively created value. As a result, collaborative networks develop hybrid economies.

For 8 years, I studied Geocaching, whose economy is characterized by the employment of multiple logics and modes of exchange to distribute collaboratively created value. Geocaching is a hobby currently practiced worldwide by an estimated 6 million people. The basic concept is that, using GPS technology and the Internet, players hide objects (called caches) anywhere in the world and try to find each other’s caches. 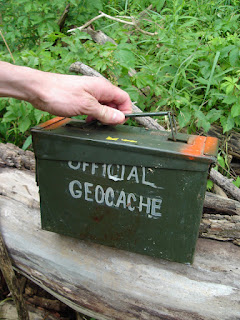 The main website for publishing coordinates and other information essential to the hobby is www.geocaching.com, a commercial enterprise originally created by a geocaching player turned entrepreneur, and currently incorporated as Groundspeak Inc. Various participants across the world collaborate to hide and review caches, upload them to geocaching.com, and moderate discussion forums on the website. Geocaching players have also developed successful geocaching-related not-for-profit initiatives, as well as businesses in online retailing, tourism, and publishing. Open-source developments related to geocaching have also flourished within the network. 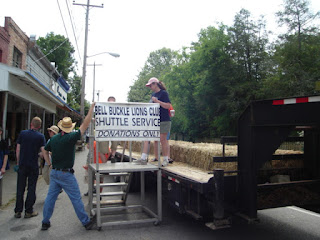 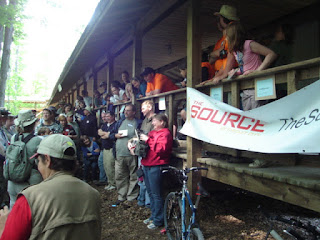 Studying the hybrid economy of geocaching, I found that the oppositional logics of different modes of exchange are sometimes difficult to reconcile, so the status of hybrid economies is constantly under threat of destabilization by the struggle between competing enactments of market and non-market modes of exchange. However, despite latent tension between competing enactments, hybrid economies can be sustained because participants who engage in collaborative consumption and production have an interest in reconciling their social and economic goals.

When the ultimate goal is to collaborate to keep the hobby alive and interesting, people compromise.

Eventually, though, some participants will disagree on how a particular valuable should be distributed in the network, and that creates heightened tension and controversy. I noticed that when tension is heightened participants make efforts to dissipate it by blurring the logics of market and non-market modes of exchange. In doing so, they allow for a transaction to happen, even though the different parties engaging in that transaction may not agree on its meaning. For example, when distributing GSAK, a geocaching software that makes it easier to search for multiple (thousands of!) caches, its creator uses a sophisticated pricing system that allows some people to download some versions of the software for free or for a discounted price, and charges different fees for upgrades depending on prior purchases or donations. This strategy is a mix of market and non-market forms of exchange.
Controversies can also be dissipated through extensive negotiations among participants regarding how a particular valuable should be distributed within the network. Special geocaching collectors' items such as the first Geocoin motivate such negotiations.

In the collaborative network of geocaching and in similar others, participants not only collaborate, but also frequently switch between the roles of consumer and producer. My research suggests that, in such cases, we can expect that hybrid economies will emerge that are characterized by common goals and a positive and productive sum of forces, reflected in a tendency for consumers to engage in efforts to sustain the economy as a rather stable hybrid.

But in other collaborative networks where consumers engage in fewer production activities and still rely mostly on resources supplied by marketers, as is the case in brand and fan communities, things unfold a bit differently. In such contexts, participants will rarely engage in power disputes with marketers over how resources should be exchanged, as their mutual resource dependency implies that the most efficient way to operate in this economy is by searching for compromise that allows for resources to be exchanged in mutually beneficial ways. So even though we might also expect the economy for such collectives to unfold as a hybrid, it is not going to be strongly marked by tension. 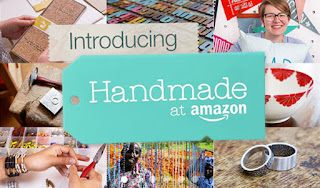 Finally, when consumers collaborate among themselves to produce resources in networks that, intentionally or not, threaten marketers (e.g. consumer activism and market-resistance movements), we may expect to see economies that will distance themselves from the market economy as much as possible. Hence, attempts at blurring elements from different modes of exchange in such collaborative networks will be faced with participants who are highly motivated to question the meanings of each transaction, and who are not likely to engage in efforts that could minimize the tension resulting from controversial transactions. This has happened recently with Amazon's entry into the online marketplaces for handmade and craft goods and the outrage some Etsy sellers manifested regarding Etsy's policy and guidelines changes.

To read more about hybrid economies, check out: "Selling, Sharing, and Everything in Between: The Hybrid Economies of Collaborative Networks"