How products may trigger identity conflict for consumers

July 16, 2019
My colleague Maria Carolina Zanette and I have always been intrigued by how consumers, in particular women, relate to fashion products. We use clothes to express ourselves, and to keep ourselves connected to the many dimensions of our identities, and to improve ourselves (have you heard of dressing for the job you want?). 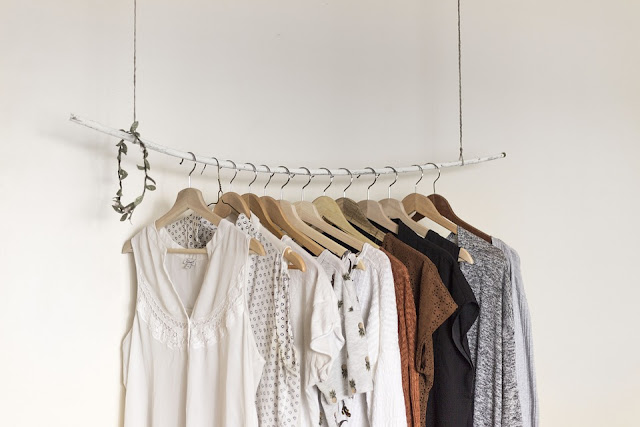 Recently, we studied how the extended materiality of consumption objects—that is, the materials, designer intentions, and marketing efforts that make a product—may trigger identity conflict for consumers. We found that this happens when such products are carriers of contradictory institutional logics. 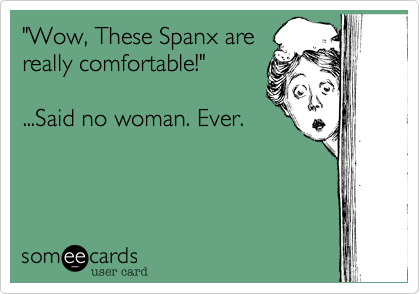 Institutional logics are socially constructed patterns through which social reality acquires meaning, producing and reproducing material and symbolic practices (Friedland & Alford, 1991; Thornton & Occasio, 2008). Consumption objects are infused with institutional logics (Dolbec & Fischer, 2015; Ertimur & Coskuner-Balli, 2015; Slater 2014) and transmit them through their usage in diverse functions and routines, thereby acting as institutional carriers (Scott, 2003). As marketers attempt to secure legitimacy for their products in markets that are characterized by multiple sources of institutional pressures (Ertimur and Coskuner-Bali, 2015), they offer consumption objects that carry contradictory institutional logics.
We collected and analyzed qualitative data on body-shaping undergarments (i.e., shapewear), which carry the contradictory logics of constrictive femininity and flexible feminism.
The first institutional logic of shapewear is what we refer to as constricted femininity. Femininity relates to domesticity (MacLaran, 2012), modesty, and self-discipline (Bordo, 2003). Hence, this logic is rooted in socially constructed beliefs that the ideal role for women is that of a docile, domestic subject (as favored in patriarchal societies) and that the female body should be tamed, controlled, and pressured into fitting restrictive standards. A symbolic image for the logic of constricted femininity is that of a woman in a corset: as her social role is domestic, she does not have the need for movement or action, she should not overindulge in food, and her main goal is to look beautiful, decent, and modest (Steele, 2001).
The second institutional logic carried by shapewear is what we call flexible feminism. Roughly, the term feminism covers a wide range of movements and ideologies promoting gender equality (Offen, 1988). The logic of flexible feminism is rooted in a recent ideological wave of feminism labelled “choice feminism—the idea that feminism means women can individually choose whatever they wish and consider it an inherently feminist act” (Cross, 2015). Unlike the typical second-wave feminist woman, which would manifest herself against both physical and metaphorical constrictions (including shapewear), the choice feminist can decide whether or not she will wear shapewear—and either option is fine, because she is the one making the choice about her body and her appearance. She is choosing and mobilizing market resources to achieve her individual goals (Budgeon, 2015).
Choice feminism has been rightly criticized for disregarding limitations set by intersectional subject categories (Gopaldas, 2013) and not considering that, in most societies, options available to most women are limited and determined by power structures, making choice a misnomer. In response to choice feminism, sorority and positiveness movements have emerged, mostly grounded and spread on social media (MacLaran, 2015). However, coopted by corporate logics (Prügl, 2015), these act as a superficial representation of female empowerment. A symbolic image for the logic of flexible feminism is the woman who “has it all”: a career, a relationship, a family, and a life of her own. She leads a dynamic, productive life and hence needs to be in constant movement, to present herself faultlessly in many circles. She looks and feels empowered, confident, and comfortable in her skin. 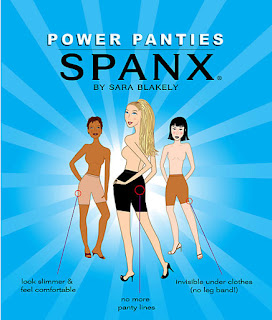 However, these messages of confidence and comfort are still connected with the need to modify one’s body with the aid of a product to achieve a certain level of sexiness and the full female potential. As “the leggings’ guide” on Spanx website says: “Flat Gut, Great Butt™” (Spanx, 2018). As such, despite the empowering claims, shapewear still relies on the idea that a woman’s body, alone, does not suffice for the contemporary ideal of womanhood.

Overall shapewear is paradoxical: It acts constricting one’s body to adjust and adapt it to both fashion and traditional female roles of passive beauty while also promising empowerment, confidence, and comfort. These contradictory logics are at play in the interactions between consumers and shapewear, which we unpack in the article published on the Journal of Business Research: "To Spanx or not to Spanx: How objects that carry contradictory institutional logics trigger identity conflict for consumers.