May 15, 2013
I recently went to China on a study trip with a group of MBA students and faculty from my university. The trip is part of a partnership between Universidad Católica de Chile and Tshingua University, sponsored by Banco de Chile. Every year, a group of our Chilean MBA students travels to China, and a group of Chinese students from Tshingua University comes to Chile to take classes, visit companies, and learn about the local business culture. This was my first time in Asia, and I must confess I was awestruck. We landed in Shanghai, a large, modern, and very much Western (at least at first sight) looking city. Huge highways crisscross each other way up in the sky, 14 tunnels and 8 bridges cut through the Huangpu River and link the financial center of Lujiazui, at the newly developed Eastern bank of Pudong, to the historic center of the city, the Puxi area, located on the western side of the Huangpu. If you’ve been there, you know – it’s breathtaking. That, and our Chinese tour guide, Mr. Yu, spoke perfect Spanish, allowing us to call him Julio. Impressive indeed. 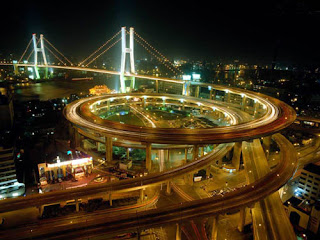 But more impressive than this was the economic growth and potential of the Chinese market (I know better than to think China is one big market, we’ll get to the details soon). We spent four days in Shanghai, where we visited the Harvard Shanghai Center, and had a discussion panel with representatives of Chilean companies operating in China. We visited Yihaodian, where we spent an hour with CEO and co-founder Gang Yu. Mr. Yu and his partner got together in 2008 to start the online supermarket that currently sells more than US$ 500m/year and grows at an impressive rate of 20% per month. In 2012, Walmart announced further investment to Yihaodian under the approval of Chinese Ministry of Commerce, and became the biggest shareholder of Yiyuandian (with 51% of shares). We also visited a factory of Nexans, a French cable systems company that has copper as one of its core raw materials. Chile is the world’s largest exporter of copper, and 31% of all copper exported by Chile goes to China.

In fact, China is Chile’s most important commercial partner. The relations between the People's Republic of China and Chile began 1970, shortly following the election of Salvador Allende. Chile became the first South American country to recognize the mainland Chinese government. Following the 1973 Chilean coup d'état which saw the overthrow of the Allende government, China was the only Communist country not to have severed ties with Augusto Pinochet's new regime, due to the latter's continued endorsement of the One China Policy. The continued relationship was built on pragmatism and non-interference. China supported Chile's claim of sovereignty over Antarctic, and in turn, Chile allowed the Chinese to build the Great Wall research station inside Chile's territorial claims. Following the end of the Cold War and fall of the Pinochet regime in 1990, bilateral relations continued, with the new Chilean government pursuing a policy of free trade, and supported China's entrance into the World Trade Organization. The free trade agreement between the two countries was signed in 2006, and the bilateral trade volume has been increasing since then. Chile became China's third largest Latin American trading partner behind Brazil and Mexico. Bilateral trade volume exceeded US$32 billion in 2012. China is a market of enormous proportions compared to any other, but it shines especially bright on the eyes of Chilean companies, for the small Chilean population of 17.2 million makes the local market very limiting.

We spent another week in Beijing, China’s political capital and site of Tshingua University. In addition to taking classes at SEM, Tshingua’s school of management, we visited Nestlé’s headquarters (once more, impressive numbers – 33 factories in China and growing an average of 20% per month), Lenovo (where we were introduced to their “phablet”), and the Columbia Global Center, where Dr. Joan Kaufman, Columbia Beijing Global Center Director mediated a discussion panel with Professor Wang Zhenyao (former Ministry of Civil Affairs, and current Dean of the School of Public Policy at Beijing Normal University); Roger Di (Non-profit sector partner of KPMG-China); Steven Blake (Communications Manager for The Nature Conservancy China Program); Brent Johnson (Vice President of the United Family Hospitals Group), and Pengcheng Qu (Director of Government Relations for the World Economic Forum in China). The discussion centered on the opportunities and limitations for conducting non-profit and social responsibility activities in China and was enlightening in many ways. We also spent some time with the Chilean ambassador in China, Mr. Luis Schmidt Montes, and visited Banco de Chile’s office in China, an important business platform between Chile and Asia Pacific. Through Banco de Chile, relevant developments have materialized; Chilean companies have strengthened their relationship with major Chinese financial institutions, as Banco de Chile has signed agreements with the China Development Bank (CDB) and The Export and Import Bank of China (Eximbank).

All these visits and activities were incredibly interesting – but as a consumer culture scholar, what I was really thrilled to observe were the cultural differences, and the particular aspects of Chinese consumers’ relations to brands and products, as well as how some Chinese traditions seem to impact the introduction and marketing of new products in the country. I will share these on my next post, coming soon.