“SHAPEWEAR OR NOTHING TO WEAR”: AN OBJECT-CENTERED ANALYSIS OF INTERSECTING ASSEMBLAGES

October 24, 2016
Women who are fat have historically been deemed an unworthy consumer segment by fashion brands and designers (Stearns 1997). Yet, plus-sized fashion bloggers and their audiences, self-labeled fatshionistas, have re-appropriated elements from the mainstream fashion field and employed these to subvert the stigma of fat (Scaraboto and Fischer 2013; Harju and Huovinen 2015). Fat acceptance assumes that individuals should change their bodies to comply with social and cultural expectations for particular shapes and sizes. Yet, when women who are fat and accept their bodies enter the field of fashion, they face a different set of expectations – they bodies need to dress well in clothes that are made for much smaller bodies or according to different shape patterns.

Because the intersection of mainstream fashion and fat acceptance has conflicting logics (Scaraboto and Fischer 2016), fatshionistas may experience certain consumer goods and practices as paradoxical. In particular, objects that allow fatshionistas to cross boundaries between the intersecting fields entice conflicting reactions for offering the possibility of inclusion and validation in the marketplace while acting as enablers of the stigmatization these consumers fight. To advance understanding of the dynamics of consumer enrollment in uneasy intersecting assemblages, my colleague Maria Carolina Zanette (Universidade de Ribeirão Preto, Brazil) and I embarked on a research project to address the following research question: how do consumers make sense of paradoxical objects? 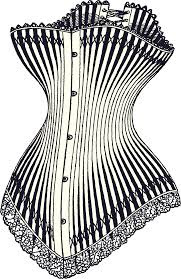 Drawing from qualitative data collected through a 5-year netnography (Kozinets 2015) of the Fat Acceptance Movement, we examine discourses of fatshionistas regarding a particular category of objects: shapewear. By wearing shapewear, plus-sized women can defy the stigma associated with being fat by fitting into clothing that is not “meant for them”, yet subject themselves to the norms of the fashion industry where lumps and rolls protruding from under a garment are deemed unsightly. Conversely, by not wearing shapewear, plus-sized consumers defy the stigma through making their bodies and their fat visible, albeit dressed with the limited clothing options offered by the scant brands and designers that cater to them. The ambiguous meanings and transitional functions of shapewear characterize it as a boundary object (Star 1988, 2010).

In order to examine women’s shapewear as a boundary object, we draw from Susan Pearce’s model for artefact studies (1994). Pearce argues that to develop an object-centered understanding of sociality, four aspects of artefacts should be examined: materials, history, environment, and significance. Studies on gender and gendered objects mostly focuses on one or two of these aspects (frequently significance, more recently environment), but leave historical and material aspects of the artefact uncovered (for an exception see Ostberg’s [2012] chapter on men’s socks). Hence, by adopting Pearce’s analytical framework, we extend current understanding of gendered objects (Kirkham 1996), and contribute to advancing object-centered perspectives in consumer research. Before explaining our research procedures and developing our situated analysis of shapewear, we briefly review the concept of boundary objects and the intersecting assemblages centered on them.

BOUNDARY OBJECTS AND INTERSECTING ASSEMBLAGES
The concept of “boundary objects” has been developed in science and technology studies (STS) to explain the material arrangements that allow two individuals (or groups) to cooperate without consensus (Star 1988, 2010). Explaining that such objects occupy an intersection between groups or fields, Star notes how these objects form boundaries as they are acted upon, discussed, and interpreted by each group. Even though the term “object” is commonly employed in many disciplines (including consumer research) to refer to specific material artefacts, the notion of boundary objects as developed in STS requires thinking about them as assemblages of processual acts and material infrastructures that are acted upon by subjects. Even though consumer research has noted that consumption goods have different meanings that are culturally and contextually determined (McCracken 1986, Thompson and Troester 2002), when acted upon by two groups that follow different logics (and hence maintain different conceptions of those artifacts within a shared social world), a consumption good and the assemblage it partakes in becomes a boundary object and can be examined to illuminate the multiplicity of logics at play in intersecting fields (Bettany 2016). We will mobilize this concept to develop our analysis of how consumers who sit at intersecting market assemblages market make sense of (and act upon) objects that are paradoxical for them.

Material and historical aspects of shapewear
What is currently called shapewear has historically been an object of discussion. A book by William Barry Lord, published in 1868, traces the origin of the corset to the Indian hunting-belt and shows that ancient civilizations in South America, Java, and Egypt among other places, adopted practices of reducing female’s waists through objects similar to the corset. In the Victorian Era, controversies about the corset were common. Although there are interpretations of it as being an object of sexual oppression, the corset was an object that allowed women to articulate their sexual subjectivity (Kunzle, 1977; Steele, 2001). At the end of the Victorian Era, the dress reform united both suffragist feminists and mainly male doctors. Feminists claimed conspiratorially that the female garments were the result of the male patriarchy in restraining female action (Riegel, 1963), whilst doctors tended to follow the rousseaunian idea of “natural” and condemned women using the corset, especially the ones who engaged in tight-lacing (the practice of shaping the body and reducing waistline through the use of the corset) as intellectually inferior (Kunzel, 1977).
Despite the controversies, it was only in the 1920’s that the corset was substituted by simpler undergarments. Nowadays, the corset is considered part of a fetishist subculture and the object itself represents female empowerment (O’Donnel, 1999), albeit not without controversies. That is, from its origins, shapewear have been ambiguous objects. The disputes around their use usually revolved around health issues or expressed a male gaze and masculine perceptions of women who wore the garment.
Different types of shapewear have different effects on the body, depending on compressing strength of the object. Differently from the Victorian corset (Steele, 2001), which was essentially the same for all women, contemporary shapewear includes several kinds of models (as waist cincher, thigh compressor, body suits and contouring bras), and are fabricated in assorted materials (as elastic, wire, leather, fabric, nylon). The effects of each material and type of shapewear on the body were elements of great discussion in our dataset. Comfort, level of compression and “fitting” were among the aspects mentioned by bloggers and consumers. Putting on and taking of the shapewear is a difficult task, due to the restricted stretching of the material. Bloggers and their audiences described those difficulties in detail.
Other material aspects discussed were durability, color and aesthetics – consumers complained that, mostly, shapewear products are beige and ugly. This complaint is related to the ambiguity of use for shapewear, which are considered intimate, that is, supposed to be hidden, but also shown to a sexual partner. 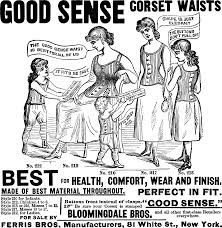 This research project has been funded by CONYCIT/FONDECYT through a research grant FONDECYT Iniciación Etapa 2013.