July 26, 2012
I never thought I would say (or write) this, but I have watched “Justin Bieber: Never Say Never.” Twice. Considering that I am not a 13-year old, I don’t have a 13-year old daughter, I do have better things to do, and the film is rated 1.6 on IMDB (I bet his fans haven’t discovered the site yet), you might be wondering why on Earth I watched it. Twice. 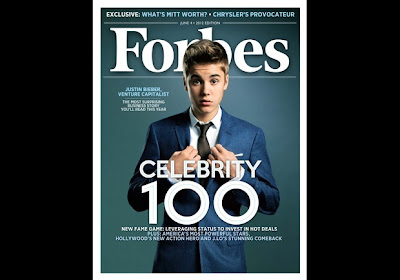 It just happens that Justin Bieber is a social media product. And the movie is and excellent depiction of how his team of agents/coaches/marketers has used social media to turn a 14-year old boy from a small Canadian town into the Bieber phenomenon. The movie starts with scenes of a very web 2.0 behavior: screenshots of e-mail exchanges pop-up in which people share links to cute or funny or interesting videos that others have uploaded on to YouTube. We did that all the time before we could share links on Facebook, right? In February, 2008 someone uploaded a video of Justin Bieber singing one of Chris Brown’s songs on YouTube, the video went viral, and the rest is history. That video has been watched 40,662,907 times and Bieber’s official channel on YouTube has 1,597, 435 subscribers as of today. As Bieber and his agent started to tour radio stations trying to get them to play Bieber's first single, the boy tweeted to let his YouTube fans know which radio station he was at. Scooter Braun, Bieber's manager, recalls: “First 20 kids, then 40 kids, then 50 kids then hundreds of kids starting lining up just to get a glimpse of him.” The movie also shows Bieber tweeting to his fans he had a sore throat – and then some of the hundreds of thousands of instant replies and good wishes he received in return- making it clear that for Bieber social media is personal.

Bieber is also a smart boy and acknowledges the importance of social media in his celebrity status. When the Tribeca Film Festival honored Bieber–and his manager–with a “Disruptive Innovation Award” in April, for having shaken up the traditional gatekeepers of the music industry, Bieber was quoted saying that he feels the fans connected to him through social media: “I take time out of my day to retweet fans and really care. I don’t think I would be here without the Internet.” He also made it to the cover of Forbes Magazine last month where he teaches us all a bit on the relationship between social media marketing and ROI. So it’s not just me saying this.

It is also easy to see a connection between the Bieber phenomenon and some of the latest theory developments in the field of Marketing. In their forthcoming paper “Positioning person brands in established organizational fields,” Parmentier, Fischer, and Reuber draw on Bourdieu’s work and look at models competing for work in the fashion field to identify four brand positioning practices relevant for person brands: “crafting a portfolio, cultivating and demonstrating upward affiliations, complying with occupation-specific behavioral expectations, and conveying field-conforming tastes.” As with models, in the Bieber case (and, I suspect, in most cases in the music field) an agent played a key role in educating the young singer on how to craft his portfolio: a YouTube playlist before his career jumpstarted – and then carefully selecting songs to record. The agent also guides Bieber on how to cultivate and demonstrate upward affiliations. In the movie, Scooter is shown video-recording an arranged encounter of Bieber with Usher, in which Bieber, hoping to get his first record deal, sings to the already established American R&B artist. But I also see that Justin developed connections to the public before reached out to “patrons,” as Parmentier et al. define a powerful actor in the organizational field that may lend prestige to work postulants and help advance their careers. Once he started to build connections with more powerful actors in the music industry, Bieber already brought with him a small but constantly growing hoard of fans who had learned about him in social media. In fact, Scooter (the agent) affirms in the movie that Bieber’s fans are as loyal as they are because they found Bieber before the media and industry did.

When discussing how models have to comply with occupation-specific behavioral expectations in order to fit it, Parmentier et al. do not mention that even established organizational fields have moments of instability, when norms and behavioral expectations are shaken and, for a moment, open to questioning and change (Galvin, 2002). The advent of the Web 2.0 and the popularity of social media caused turbulence in many established organizational fields, including the music industry.

As an entrant to the field in such a moment of instability, Bieber was able to set new standards as he worked to stand out while fitting in. Personal and on-time communication with fans through social media is now expected by the public; as it is that an artist will share content (clips, songs, backstage videos) online; welcome feedback; act generously when meeting fans, and engage in random acts of kindness towards fans. These new expectations and behavioral norms can be associated with the fact that, through social media, the public has as much ability to generate and spread brand-related content as the artist does. Now, I don’t feel I know enough about popular-teenage music in order to analyze the logics and tastes of the field and to and check whether Bieber conforms to these or not. But I can always watch “Justin Bieber: Never Say Never” again, because, let’s face it - the kid is as cute as one can be.